What is it like being a programmer in Kampala? (Part 1) 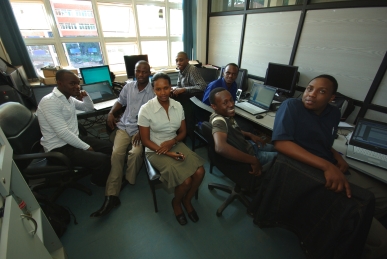 The past few days I have spent considerable time with young programmers here in Kampala, Uganda. I wanted to know what it was like to be designing tools and applications for the Ugandan market.

Most of the students I spoke to did not really use mobile phones or the Internet until they got to University. Only then did they get access to these technologies. At the same time, many of them had already made the decision to study computer programming and ICTs.

One student explained, ‘Technology is what is driving the world. It gets better with modern times. It is similar to the key to your car. Technology is the key to modernity. It’s the one thing that keeps the world advancing to new levels.’

Technology also seems to be a status symbol. Many programmers I spoke to told me that having the latest mobile phone or a nice laptop was part of their identity and it showed people that they were well educated and interested in technology.

In the following posts I highlight some of the questions, their thoughts, ideas and feedback.